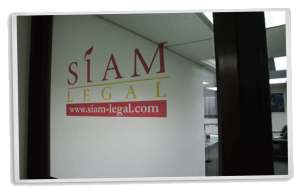 This is a brief look at one specific matter in Thailand which has drawn much attention as it involves the Thai Army. You have all the qualifications for your chosen position, but your hopes of securing employment are shattered as soon as your prospective employer see the words ”Permanent Mental Disorder” on your Sor Dor 43 conscription certificate. This is exactly what happened to Samart Meecharoen, or Namwan, a 22-year-old katoey.

With support from the commission, the Sexual Diversity Fund (an organization that helps fight legal battles against discrimination), the Lawyers Council of Thailand, Fa Si Roong and the Saphan Group, which represents same-sex lovers, Namwan filed a petition at the Administrative Court last November to seek changes in the army’s statement on her conscription certificate which exempted her from service for having a ”mental disorder”.

She is not seeking punitive damages. All she wants is for the Ministry of Defense to do away with prejudicial labeling of katoeys on SorDor 43 documents, and to formulate a standard policy for all draft officials to abide by, explains Namwan.

Should the law be changed, one wonders how far back this would be allowed to go. Would someone who has undergone surgery be reclassed as female, what about other rights such marriage? Only time will tell where Thailand and the US government goes with regards to transsexuals and their status.